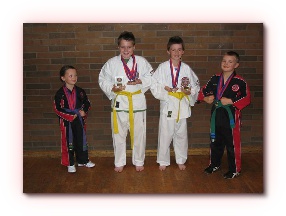 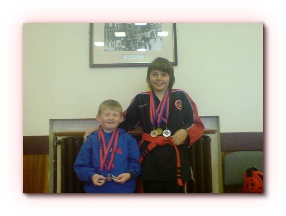 Inverkeithing Taekwondo club was celebrating more competition success thanks to six students winning a grand total of 18 medals and 6 trophies between them. Competing at the Cupar Corn Exchange, in one of the GTF’s regular competitions in July 2007, the students competed in all categories (patterns, sparring and leg placement). Clubs from across Scotland were represented in the 5 to 17 year age group.

A great job from all Junior competitors, and here’s hoping we see even more success at the next competition (including some adults this time !!!).