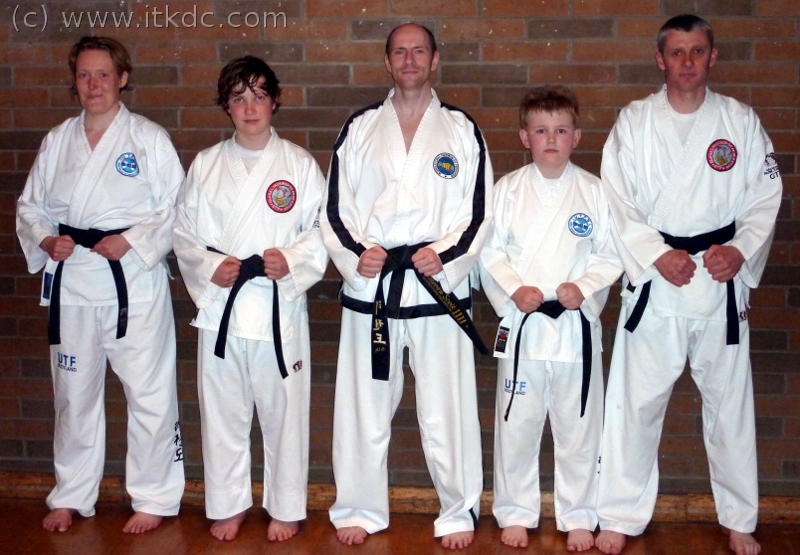 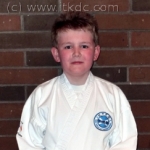 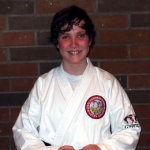 They were graded by Master David Brown (VII) at Bo’Ness Recreational Centre on 14th March. This followed an intensive seminar attended by other senior coloured belts and blackbelts.

The seminar started at 9.30am, and the grading finally completed around 5pm! The grading tested all technical aspects of patterns, technical kicking, sparring, power tests and theory knowledge.

A long day, with tired muscles and minds all round, but the fantastic result made it all worth while.

This grading was extra special, as it’s the first time that we’ve had a father & son achieving blackbelt at the same grading! Well done to The Misters West.