(30 Movements). Choong-Moo was the name given to the great Admiral Yi Soon-Sin of the Lee Dynasty. He was reputed to have invented the first armoured battleship (Kobukson) in 1592, which is said to be the precursor of the present day submarine. The reason the pattern ends with a left hand attack is to symbolize his regrettable death, having no chance to show his unrestrained potentiality checked by the forced reservation of his loyalty to the king.

The history of Choong Moo 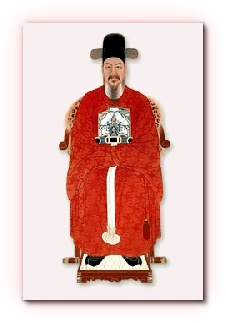 In Korean history, which spans over five millennia, there have been many national heroes, but none compares to Yi Sun-sin who saved Choson Korea from the brink of collapse during the Japanese invasion of 1592. He is still dearly cherished in the hearts of Koreans today. In a nationwide survey conducted by Soonchunhyang University in April 2005, Yi Sun-sin was chosen as the greatest figure in Korean history by 43.8% of the vote (The Chosun Daily, April 15, 2005).

It is, therefore, very regrettable that Yi’s noble life and the marvelous deeds he performed for is country and people are not well-known outside of Korea. Admiral Yi achieved a battle record that no one in history has ever matched. Genghis Khan lost two battles out of the twenty that he fought, Napoleon Bonaparte four battles out of twenty three, Emperor Frederick four battles out of twelve, and Hannibal one battle out of five. Yet in all of the twenty three battles that he fought at sea, Admiral Yi was never once defeated. Overcoming formidable odds in terms of numbers of ships and troops, he led his navy to victory in every engagement he fought during seven years of war with the Japanese, losing in total only two ships of his own.

In his book, The Influence of Sea on the Political History of Japan, George Alexander Ballard, (1862-1948), a vice-admiral of the British Royal Navy, summarized Yi’s life and victories as follows.

It is always difficult for Englishmen to admit that Nelson ever had an equal in his profession, but if any man is entitled to be so regarded, it should be this great naval commander of Asiatic race who never knew defeat and died in the presence of the enemy; of whose movements a track-chart might be compiled from the wrecks of hundreds of Japanese ships lying with their valiant crews at the bottom of the sea, off the coasts of the Korean peninsula…and it seems, in truth, no exaggeration to assert that from first to last he never made a mistake, for his work was so complete under each variety of circumstances as to defy criticism… His whole career might be summarized by saying that, although he had no lessons from past history to serve as a guide, he waged war on the sea as it should be waged if it is to produce definite results, and ended by making the supreme sacrifice of a defender of his country. 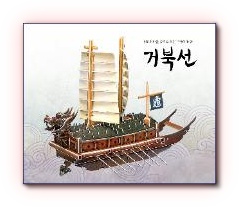 The following is an extract from a paper published by the Japanese Institute of Korean Studies.

Togo returned from the victorious Battle of Tsushima(1905) in which he had defeated the Russian Baltic Fleet, at that time the world’s most powerful naval force. He had been instated as Admiral of the Japanese Navy, and at a celebratory gathering, a member of the company exclaimed, “Your great victory is so remarkable that it deserves an everlasting place in history. You can be regarded the equal of Admiral Nelson, who defeated Napoleon in the Battle of Trafalgar; you are indeed a god of war.” To this Admiral Togo replied “I appreciate your compliment. But,…if there ever were an Admiral worthy of the name of ‘god of war’, that one is Yi Sun-sin. Next to him, I am little more than a petty officer.”

Japanese scholar Hujizka Akinao mentions in his essay In Admiration of Admiral Yi Sun-sin (“Kyung Hee” Vol. 8. 1977) that Togo regarded Yi as his master, and held a ceremony for him before the Battle of Tsushima (it is a Japanese custom to hold a ceremony for ancestors or historically significant figures before important occasions). Few of the world’s great war heroes have been able to avoid criticism and censure, least of all from those they fought against, enduring such taunts as ‘brutal oppressors’ or ‘starving wolves’. Admiral Yi, in contrast, has been held as an object of admiration and reverence even among the Japanese, whose minds were swayed by his pure and absolute loyalty to his country and people, his brilliant use of strategy and tactics which led invariably to victory, his invincible courage that overcame every adverse circumstance, and his unbending integrity. This admiration is apparent in the many speeches and writings by Japanese military officers and historians which speak of Admiral Yi, and following are some examples. 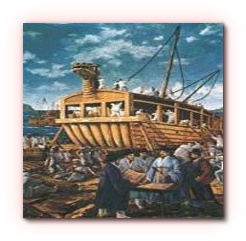 Throughout history there have been few generals accomplished at the tactics of frontal ttack, sudden attack, concentration and dilation. Napoleon, who mastered the art of conquering the part with the whole, can be held to have been such a general, and among admirals, two further tactical geniuses may be named: in the East, Yi Sun-sin of Korea, and in the West, Horatio Nelson of England. Undoubtedly, Yi is a supreme naval commander even on the basis of the limited literature of the Seven Years War, and despite the fact that his bravery and brilliance are not known to the West, since he had the misfortune to be born in Choson. Anyone who can be compared to Yi should be better than Michiel de Ruyter from Netherlands. Nelson is far behind Yi in terms of personal character and integrity. Yi was the inventor of the iron-clad warship known as the Turtle Ship (Geobukseon). He was a truly great commander and a master of the naval tactics of three hundred years ago.

Yi Sun-sin is a famous Korean general who defeated the Japanese in every one of the battles at sea when Toyotomi Hideyoshi’s troops invaded Choson Korea. He was unique among Choson civil and military officers for his honesty and incorruptibility, and in terms of leadership and tactics, as well as loyalty and courage, he was an ideal commander almost like a miracle. He was a renowned admiral before the time of Nelson, and has never yet had an equal in world history. Although the existence of this figure grew to be almost forgotten in Korea, the admiration of his memory was handed down in Japan through generations so that his tactics and accomplishments were researched and subjected to close study when the Japanese Navy was established during the Meiji period. 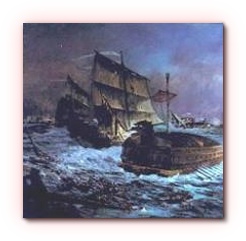 Of Admiral Yi’s twenty-three sea battles, the most crucial were the Battle of Hansan and Battle of Myongnyang. In the Battle of Hansan, considered as among the greatest naval engagements in history, Yi, by means of his famous ‘Crane Wing’ formation, achieved a great victory by sinking and capturing fifty-nine of the seventy-three Japanese ships which opposed him, thereby frustrating Hideyoshi’s plan of advancing along the coast. The Battle of Myongnyang, in which he defeated 130 enemy ships with 13 ships his own, is regarded among maritime historians as nothing less than a miracle.

Yi is often compared with Admiral Nelson and Admiral Togo. All three men were heroes who fought for the destiny of their countries and saved their countrymen from foreign invasion by the securing of key naval victories. However, the circumstances of Nelson’s Battle at Trafalgar and of Togo’s Battle at Tsushima differ strikingly from those of the Battle of Myongnyang fought by Admiral Yi.

At the Battle of Trafalgar, England, a nation traditionally strong on the sea, was facing an enemy who was at that time inexperienced in naval warfare, and who commanded a fleet not much larger than her own (27 English ships against 33 French and Spanish ships). In the case of the Battle of Tsushima, also, the Japanese navy had the upper hand in many respects. The Russian crews of the Baltic fleet which opposed them were exhausted after a seven-month voyage which had taken them halfway round the world; the Arctic-born Russian crews had suffered greatly from outbreaks of disease as they sailed through the equator area. Taking this into account, it is of little surprise that an intensively trained Japanese Navy, in high morale and fighting near the mainland of Japan, emerged victorious over the dispirited Russian forces. 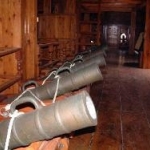 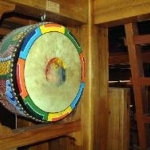 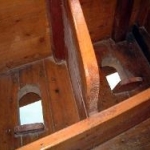 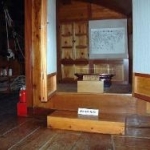 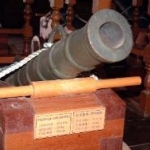 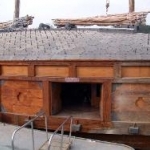 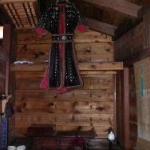 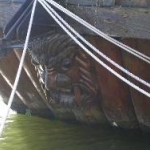