(32 Movements). Joong-Gun Tul is named after the patriot Ahn Joong-Gun who assassinated Hiro-Bumo Ito, the first Japanese governor-general of Korea, known as the man who played the leading part in the Korea-Japan merger. There are 32 movements in this pattern to represent Mr. Ahn’s age when he was executed at Lui-Shung prison (1910).

The history of Joong Gun 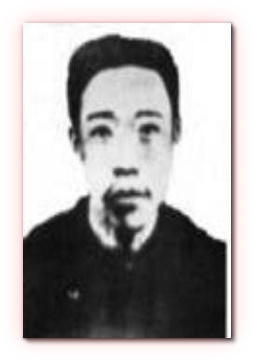 The pattern was named for An Joong-Gun. Very little is recorded about An Joong-Gun’s life. He stepped in the spotlight of Korean history only briefly, but left his mark as one of Korea’s most revered patriots. His story is best understood in the context of the turbulent political climate of the times.

An Joong-Gun was born in 1879 in the town of Hae-Ju in Hwang-Hae Province. An’s family moved to the town of Sin-Chun in Pyong-An Province when he was about ten years old. He became a well known educator and established his own school called the Sam-Heung (Three Success) School. His school, like others at that time, was destined for hardships under the Japanese military Occupation of Korea and became enmeshed in a Japanese power play by virtue of its location. In 1895, the Japanese government was determined to create a large empire that would include Manchuria and China. Korea was obviously necessary as a stepping stone for creating this empire. However, the Korean government the time was under the indirect control of the Russian government. The pressure created by this political situation caused considerable unrest in Korea. Rising tension resulted in several meetings from 1896 to l898 among neighboring countries as well as foreign powers concerned about Korea’s future. These meetings, which included Japan, China, Russia, England, and the United States, resolved very little.

Korea was pulled further into the conflicts when turmoil erupted in China in 1900. Chinese patriots, fed up with colonial domination of their country by foreign powers, incited the Chinese population to a wave of violent riots known as the Boxer Rebellion. In response to this rebellion, the colonial powers descended upon the region in force to protect their interests. Prompted by the movement of Russian army units into neighboring Manchuria, England established an Anglo-Japanese Alliance in 1902. A Russian French Alliance was subsequently established in 1903 followed by a movement of French and Russian in into northern Korea. Meanwhile, the Japanese saw this action as a direct threat to their claim of Korea and demanded the removal of all Russian troops from Korea. When Russia rejected in 1904, Japan initiated a naval attack. Korea, of course, claimed neutrality but was invaded nonetheless by Japan. By the autumn of 1905, Russia had surrendered and Japan was firmly established in Korea. However, this invasion was not viewed as an act of aggression anywhere in the world, except in Korea.

The long-term occupation of Korea also involved the complex takeover of the Korean government. One of Japan’s leading elder statesmen of the time, Hirobumi Ito, became involved in masterminding a plan to complete the occupation and political takeover of Korea. He was named the first Japanese resident general of Korea in 1905. He was answerable only to the Japanese emperor and had the power to control all the Korean foreign relations and trade. To fulfill his duties and to keep order in the country, he was given total access to all Japanese combat troops stationed in Korea.

While still in Japan, Ito pressured the weak Korean government into signing the “Protectorate Treat” on November 19, 1905, which gave the Japanese the right to occupy Korea. After signing the treaty as resident general, Ito made every effort to keep it a secret from the Korean people. Following the ratification of the treaty, twelve Japanese commissioners were assigned to the various provinces in Korea, with one being stationed in Seoul. Later, in March 1906, Ito arrived in Korea to take the reins of power. At this time, he ordered all foreign delegations in Korea to withdraw, leaving Korea at the mercy of the Japanese. The new Japanese puppet government enacted laws that allowed Korean land to be sold to Japanese, although land generally was just taken.

The Korean people were extremely irritated under these grim circumstances. Word soon leaked out concerning the Protectorate Treaty, provoking a wave of anti-Japanese violence. Several small guerilla groups were formed and attacked the Japanese occupation forces. One such group in Chung Chong Province armed themselves with 50 cannons and conducted a long campaign of hit-and-run actions against the Japanese. They were finally defeated, however, as most other groups were when hunted down by the much larger Japanese army. The general wave of unrest continued to spread very rapidly. Violence pervaded the general population, as many loyal Korean government officials committed suicide and Korean government officials who had signed the Protectorate Treaty were assassinated.

In the face of the oppression that accompanied this Japanese annexation of Korea An Joong-Gun went into self-exile in southern Manchuria. There he formed a small private guerilla army of approximately 300 men, including his brother. This army conducted sporadic raids across the Manchurian border into northern Korea, keeping a relentless pressure on the Japanese in this region.

The violent objection of the Korean population spread out of the country as well as into the upper levels of the Korean government. The Japanese government was unnerved by the vocal, patriotic Korean organizations, particularly those that had formed within the United States. Those in power wanted to quell these anti Japanese sentiments to avoid having other countries interfere with their control of Korea. With this in mind, in March 1907, the Japanese government sent an American citizen, D. W. Stevens, to the United States on a mission to distribute pro-Japanese propaganda to the American public. Stevens had originally been hired by the Japanese to help set up the resident general’s government in Korea.

While he was in San Francisco, Stevens was assassinated by two outraged Korean patriots. Many other political leaders were assassinated during this violent time, including Yi Wan-Yong, the man lto had appointed as the premier of Korea after he had forced the Korean emperor to install a new pro-Japanese cabinet.

In June of 1907, the Korean emperor, Ko-Jong, in an effort to break loose of the Japanese control, secretly sent an emissary to the Hague Peace Conference to expose the Japanese aggressive policy in Korea to the world. When Ito found out, he forced Ko-Jong to abdicate the Korean throne on July 19, 1907, and the Japanese officially took over the Government of Korea. Severe rioting involving many Korean Army units broke out all over Korea. The Japanese responded by disbanding responded by disbanding the Korean police force and the army, except for the palace guard. The Korean Army troops then retaliated by attacking the Japanese troops, but were quickly defeated. All Koreans prisons, courts, and police units were officially turned over to the Japanese government.

Even after the defeat of the Korean troops, resistance from the general Korean public continued for many years with many guerilla groups operating out of southeastern Manchuria. Small groups of patriots attempted assassinating several Japanese leaders and members of the Japanese-Korean government. Because of its proximity to Manchuria, the town of Kando in northern Korea became a hotbed of such activity. Ito decided to set up a significant Japanese military and police presence in the area. However, 20 percent of the 100,000 residents of Kando were Chinese. When the Japanese began to crack down on the population of Kando, these Chinese were caught in the violence. The situation caused considerable conflict between the Japanese and the Chinese.

In response to the increased Japanese activity in the Kando region, An Joong-Gun led his guerilla army on a raid there in June 1909. The raid was a success, resulting in many Japanese deaths. Despite such guerilla activities, the Japanese finally arrived at an agreement with the Chinese. The treaty, signed on September 4, 1909, allowed the Japanese to build a branch line to the Southern Manchurian Railway to exploit the rich mineral resources in Manchuria. In return, the Japanese turned over to the Chinese the territorial rights to Kando. This brazen act of selling Korean territory to another country was the last straw for many loyal Koreans such as An Joong-Gun. He set out for his base of operations in Vladivostok, Siberia, to prepare for his assassination of Hirobumi Ito.

Russia was becoming very nervous at the level of Japanese activity in the northern Korean area and Japan’s obvious designs on Manchuria. Ito, who had officially become the president of the Japanese Senate (an aristocratic government body), arranged to meet with Russian representatives at Harbin, Manchuria, to calm their fears over the Japanese intentions to annex Manchuria and invade China. The final plans for the meeting between Ito and General Kokotseff, a minister-level Russian govermner1t official were set for October 26, 1909.

When Ito arrived at the Harbin train station at 9:00 a.m. on October 26, 1909, An Joong-Gun was waiting for him. Knowing full well that he would never escape alive, and that torture awaited him if captured by the Japanese, An Joong-Gun shot Ito after he stepped off the train. Following the assassination, Joong-Gun was captured by Japanese troops and imprisoned at Port Arthur. While in Japanese prisons, he suffered through five months of extremely barbarous torture. Despite this unbelievable treatment, it is said that his spirit never broke. On March 26, l9l0, at 10:00 a.m., Joong-Gun was executed at Lui-Shung prison.

The assassination of Hirobumi Ito, like so many other actions by Korean patriots, seemed to only serve to fuel the fires of Japanese oppression. In 1910, the office of resident general, with Ito’s successor now in charge, was changed to governor general to allow a more dictatorial approach to the total control of Korea. Akashi Genjiro was named as the commander of the Japanese military and police superintendent in Korea. He launched an extremely harsh campaign to harass the Korean population. He closed all newspapers, disbanded all patriotic organizations, arrested thousands of Korean leaders, and enforced a strict military rule of the capital city of Seoul by crack Japanese combat troops. This type of rule under the Japanese continued in Korea until Japan surrendered at the end of World War II.

The sacrifice of An Joong-Gun was one of many in this chaotic time in Korean history. His attitude and that of his compatriots symbolized the loyalty and dedication of the Korean people to their country’s independence and freedom. Joong-Gun’s love for his country was forever captured in the calligraphy he wrote in his cell in Lui-Shung Prison prior to his execution. It simply said, “The Best Rivers and Mountains.” This implied that he felt his country was the most beautiful on all, a great Korean patriot.