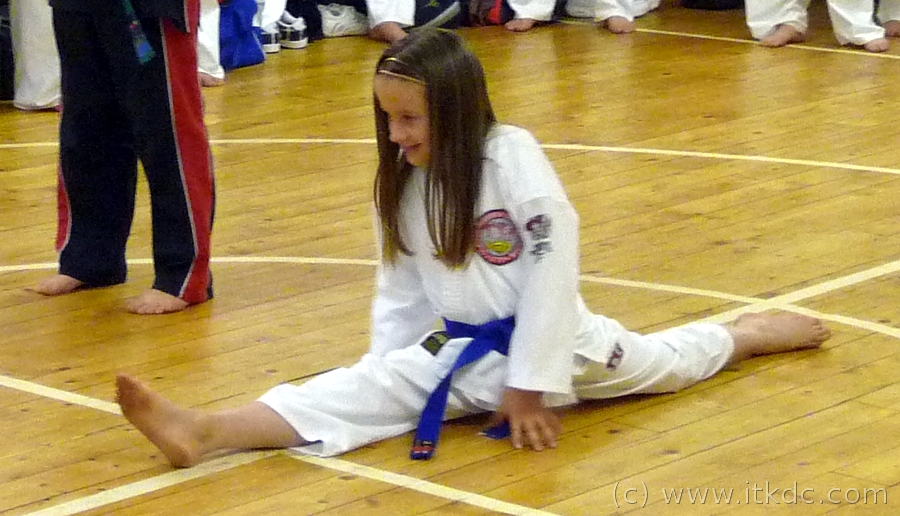 Friday 11th September saw Inverkeithing Intrepid students visit the Dalgety Bay Cubs to demonstrate Taekwondo. After lining up, and a brief introduction by Mr. Scott, the demo team started with a quick warm up. (Showing the cubs press-ups, star-jumps and sit-ups etc). The warm up continued with some pad work, showing combinations of different punches and kicks. 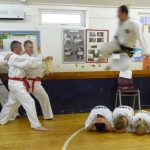 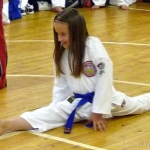 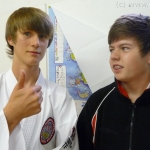 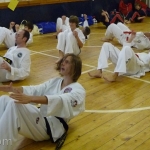 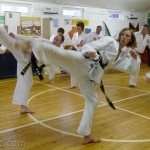 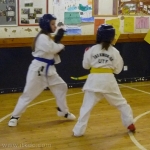 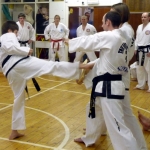 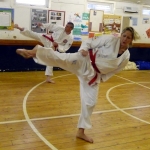 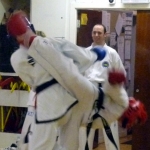 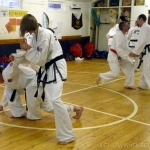 Meanwhile, the junior contingent of the demo team proceeded to get their sparring gear on, and got up in various groups to show more dynamic movement in the form of touch-contact free sparring. Some of the more advanced juniors also demonstrated two-on-one sparring where there are two attackers.

The demonstration continued with more of the adult demo team demonstrating power breaks (air-breaks) on wood, and the junior black belts (Liam Ward and Ryan Thompson) also demonstrated the power of their techniques by breaking some wood with side and back kicks.

The demonstration continued – showing self defence moves, competition style sparring with the black belts, coloured belt patterns, and finished with Mr. Miller demonstrating a flying side kick over 4 people.

We hope the cubs enjoyed the demonstration, and thank them for their interest and hospitality.