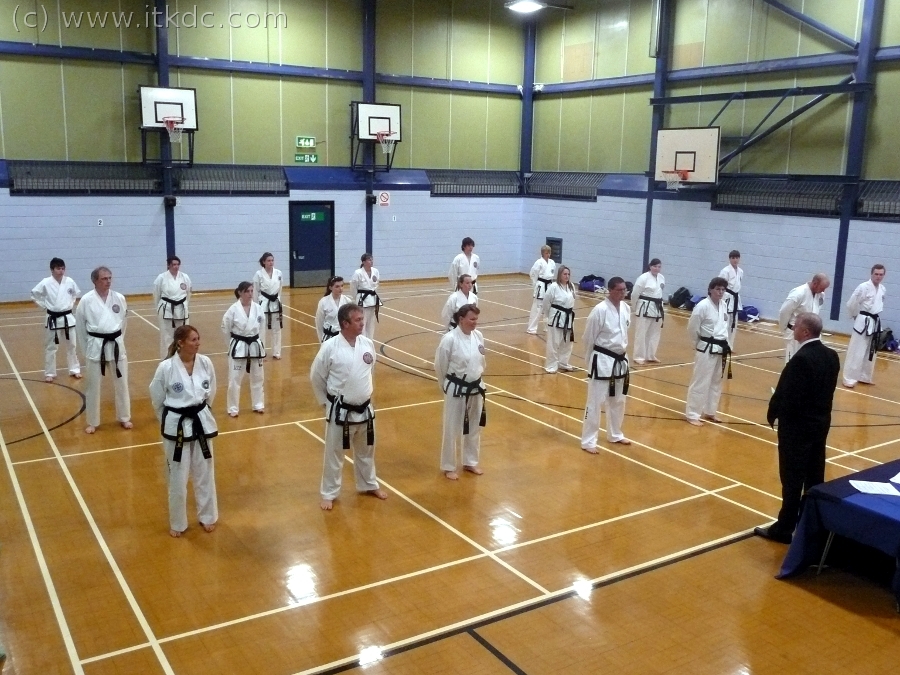 Saturday 17th October: Black Belt Point Grades. Candidates for the UTFS blackbelt grading were put through their paces by Master David Brown (7th Degree), assisted by Ms Liz McKenna (5th Degree) at the Mariner Centre on Saturday 17th October. They were thoroughly tested on the technical knowledge of the pattern appropriate to their grade and also underwent a good physical workout. The grading sees many students ready to be put forward for their full international 2nd degree next year!

The following Intrepid candidates were successful:

Sunday 18th October: Coloured Belt Seminar. After the success of the blackbelt gradings, UTFS members had the opportunity to attend a coloured belt seminar the next day led by Federation President Master David Brown (7th Degree) at Bo’Ness Recreation Centre.

The seminar was open to red belts and above and was extremely well supported with over 50 red and blackbelts in attendance. After registrations – where the participants received their instructional DVDs from Ms Liz McKenna (5th Degree) – there was a quick warm up and stretch.

Master Brown covered some lower grade patterns with the assistance of Miss. McKenna, Mr. Purves, Mr. Scott and Miss. Scott, the 5th and 4th Degrees. Other technical aspects were covered including one step sparring – hand, feet and jumping techniques – self defence and the higher grade coloured belt patterns.