It is our pleasure to invite you to the upcoming International Instructors Course organized by the Unified ITF. The event will be held from Friday 12th of October to Sunday 14th October 2012 at The Inchyra Grange Hotel and Spa, Grangemouth. The event is open to red belts and above.

The course will be instructed by Grandmaster Kwang Sung Hwang (IX Dan), President of Unified ITF and one of the only three people ever to be promoted to 9th Dan by General Choi, the founder of Taekwon-do. 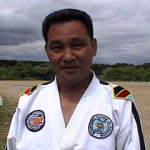 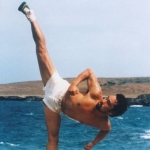 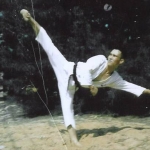 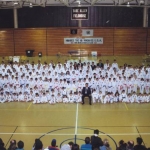 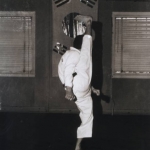 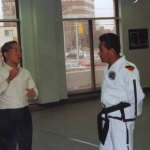 It will be a unique opportunity to enjoy Taekwon-Do in its pure state and to train under one of the world’s most renowned and experienced Grandmasters. The Saturday night banquet is open to everybody and you will have the chance to ‘Meet & Greet” GM Kwang.  Attendance for course and dinner is limited so fast booking is essential to avoid disappointment!

The chosen location for this fantastic event is in Grangemouth in the heart of Central Scotland – easily accessible to both east and west of the country. The Inchyra Grange Hotel is a four star deluxe hotel nestled within extensive and serene estate grounds, providing an idyllic location and a fitting backdrop for one of the world’s leading Taekwon-Do Grandmasters.

Reservations will be confirmed upon receipt of the attached registration form and fees. The closing date for registration is as per the schedule. If you have any questions please feel free to contact me at any time.

Grandmaster General Choi Hong Hi, born in 1918 was the founder of and the president of the International Taekwon-Do Federation. General Choi was a 9th Degree Black Belt. Towards the end of the Second World War General Choi was sentenced to 7 years in prison for planning to overthrow the Japanese Military High Command it was during his time he began his development of the fundamental movements of Taekwon-Do. He was later sentenced to death only regaining freedom when Korea was liberated from Japanese rule on August 16th, 2 days before his scheduled execution. 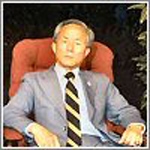 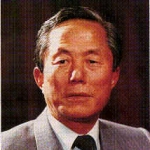 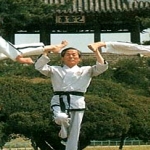 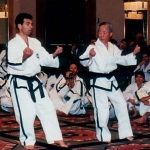 General Choi originally studied Taekyon and ancient art of Korea, which was first studied in the Silla Dynasty. During his time in the military General Choi researched the scientific and theoretical aspects of Taekyon, Karate and Kung Fu. And on April 11th 1955 after exhausting research, development and experimentation the world saw the christening of Taekwon-Do proclaiming it as a unique martial art having Korean Origin. The word Taekwon-Do did not exist in this form in the Korean language until this day.

On March 22nd 1966 General Choi founded the International TaekwonDo Federation in Seoul, Korea. This was the first time the headquarters of an international organization was established in Korea. The General dedicated his life to the promotion of Taekwon-Do and travelled all over the world attending tournaments and giving seminars right up to a couple of months before he died on 15th June 2002. Even though he is no longer with us he still continues to be an inspiration to millions of Taekwon-Do students throughout the world.

Grandmaster Hwang was born in Teagu Korea. Taegu is the third largest city south of the 38th parallel, and is south east of Seoul and north of Busan. At the age of eleven, he started his martial arts training. After graduating with a degree in Political Science from KyungPook National University he joined the Republic of Korean Army as a commissioned officer in 1964. Serving as a Korean Airborne and Ranger officer and serving his country in Vietnam. He was stationed in Saigon, Chu Ly, and several others. He taught Taekwon-Do to the Korean Tiger Division, the Korean Army, the US Army and the US Marines along with the Vietnamese Army. He received commendation medals from Korea and Vietnam. 1970 marked his retirement from the ROK Army as a Captain, and Service Company Commander of the 26th Infantry Division – also known as the Taekwon-Do Division.

1971 marked the year Grandmaster Hwang was invited to the US and first taught a credited class at Manchester Community Technical College, and then one year later in 1972 he opened his first Taekwon-Do school. In 1974 Grandmaster Hwang graduated from the first International Taekwon-Do Federation Instructors course held by General Choi, Hong Hi in Montréal Canada. He also graduated from the ITF Umpires course.

Grandmaster Hwang is the President of Unified ITF, which is a worldwide ITF organization free of political interference. Unified ITF is open to all ITF members and holds the ultimate goal of ITF unification in the years ahead.

Book by 14th September to obtain the special event rate. Rooms and prices cannot be guaranteed after this date.